In a world where women are told to be independent, that we don’t need a man, and traditionalism is thrown out the window, many have opted out of taking their husband’s last name.

Some do it because they don’t want to identify as being “owned”, or losing their identity or freedom. Others just don’t want to deal with the hassle of changing all their documents and cards. Some do it for business purposes, and others end up hyphenating.

I understand that it’s every woman’s choice what name they wish to take and use legally. We all have our reasons why.

The “Are you changing your surname?” Question

What I didn’t expect to be asked when I was engaged was, “Are you taking your husband’s last name?” and “Why?”

I know I don’t need to explain myself to anybody as to why I changed my surname, but I could tell that many did silently question me, especially since I have the choice not to. It’s the 21st century and women aren’t property anymore, so why change your name?

I would ask myself later why I gave such a vague answer. Yet at the same time, I didn’t really have to give one. However, I do feel that I need to explain why I made this decision, as well as for the plethora of other women who have done the same. 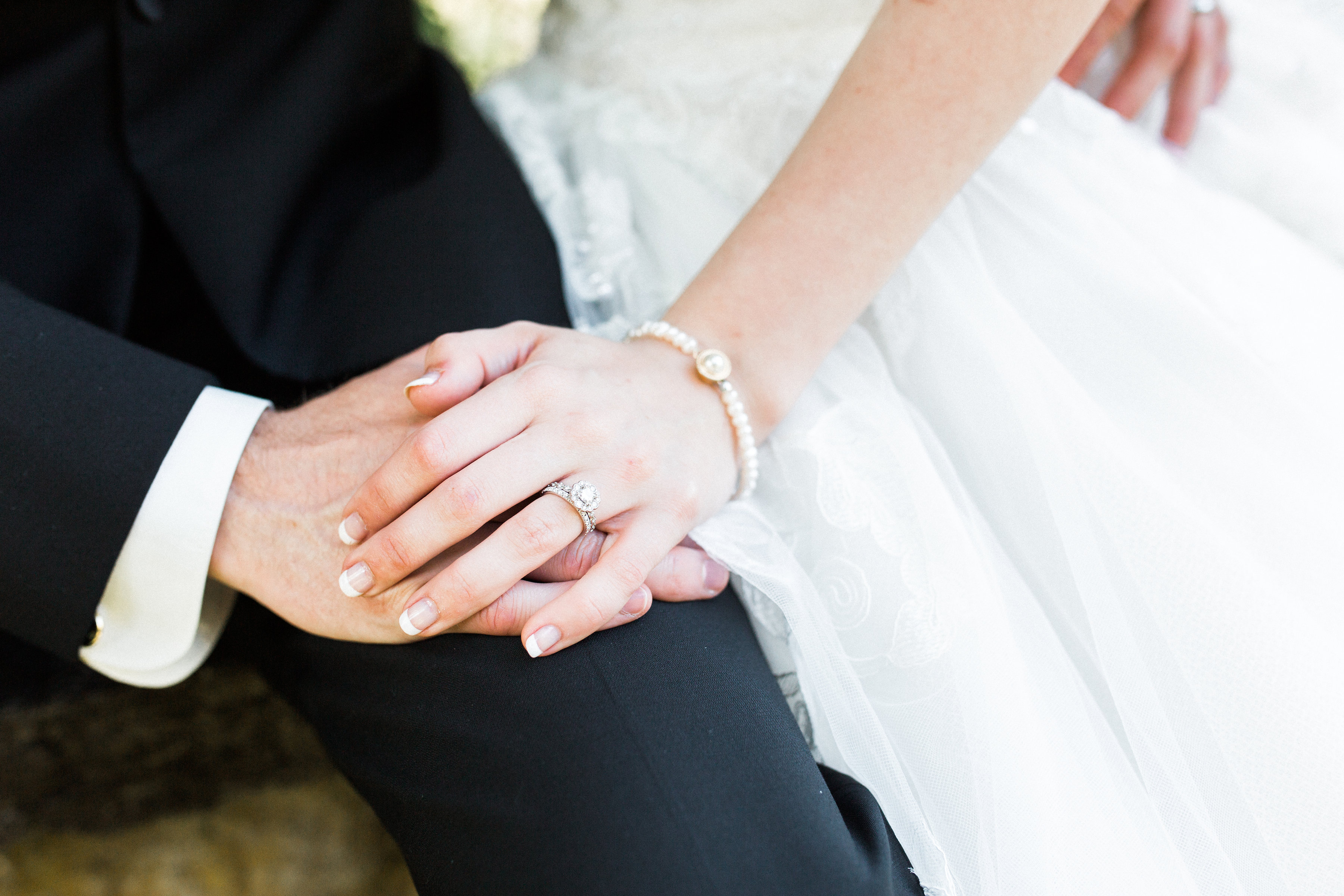 Why I Decided to Take My Husband’s Last Name

I reached out to a large group of wives asking if they changed their surname after marriage. About 95% of the group said that they did change their surname to their husband’s. That same majority gave similar or identical answers, reasons, and stories as to why they made that decision. This means not everything I have written down below is strictly my answer or my opinion. It is, however, written in the first person since I do agree with the groups’ responses.

Despite changing my surname, it does not mean I lose who I am as an individual. There’s no “passing of property” or “changing ownership” either. I think some people have this idea that by changing your surname, you are giving up your identity and freedom as a human being.

I’ll be honest, I personally don’t understand this. I chalk it up to an individual’s personal feelings or fear of losing themselves somehow. I’m not going to judge or try to guess why they may feel this way. Everyone has free choice in the end.

However, these type of people should not try to convince women that by changing their last name, they are somehow losing themselves.

In the bible, it says we are to become one flesh, that we leave our father’s house and join our husbands. We were made from man’s ribs, his very flesh. We were created to become his companion, his partner through life. What better way to show this connection than by taking our husband’s name.

“The man said, ‘This is now bone of my bones and flesh of my flesh. She will be named woman because she was taken from man.’ That is why a man will leave his father and mother and will be united with his wife, and they will become one flesh.” – Genesis 2:23-24

I take my husband’s last name because we are creating a new family together. I also personally don’t want us to have two different family names and cause confusion when we have children.

I have personally heard first-hand accounts and stories from women, who said that their children, grandchildren, or friend’s children, end up being confused because the mother and father don’t have the same last name. It causes awkward conversations for the child and other adult figures, issues when it comes to parental consent, or even having to confirm that you are indeed the child’s legal parent to authority figures – all because of a different surname. I was shocked by some of these accounts and never even considered that different surnames could cause problems! But I’ve been proven wrong.

I understand that this is considered a normal thing to occur in our modern day, whether due to divorce or the parents not being married. Those circumstances I fully understand and respect.

However, I personally do not think this should be happening amongst couples who are married. At the very least, hyphenate your name and give the children your husbands surname, which I believe is what most couples do anyhow.

Note: If you don’t agree with my opinion, then we agree to disagree.

To society, government agencies and other services, by having the same last name, it shows we are legally together and gives you as the wife security. It shows that yes, you are legally married, that you are partners, and that everything is now shared.

In medical or financial emergencies, whether it be for your husband or children, it gives us the right to make decisions if your husband cannot.

It gives future security, too. In an unfortunate circumstance where your husband passes, you as the wife are next of kin. By having your husband’s surname, you do not need to prove as hard that you have rights to bank accounts, car/home ownership, etc.

However, this can be accomplished without having the same surname, since marriage and other legal documents can prove you do have rights. It just appears more legitimate to others when the names are the same, especially when you say you’re the wife.

By taking my husband’s last name, I am showing him and to others around us, that I see him as the leader of our relationship. Again, this has nothing to do with ownership, but about respecting his position as the man. It’s my subtle way of saying, “He is in charge, and I submit to him.”

I love saying my new name, or when my husband introduces me as the Mrs. to others. It shows that I am taken, that I am officially off the market. I feel honoured to be chosen to be his wife, and in return, I take his name to show the world that this is how I feel, to have been chosen as his one and only.

By taking his name, I am saying, “I am proud to be your wife. I am proud to take your name as my own. The children we will have will carry your name. I am blessed that I am yours and you are mine.” 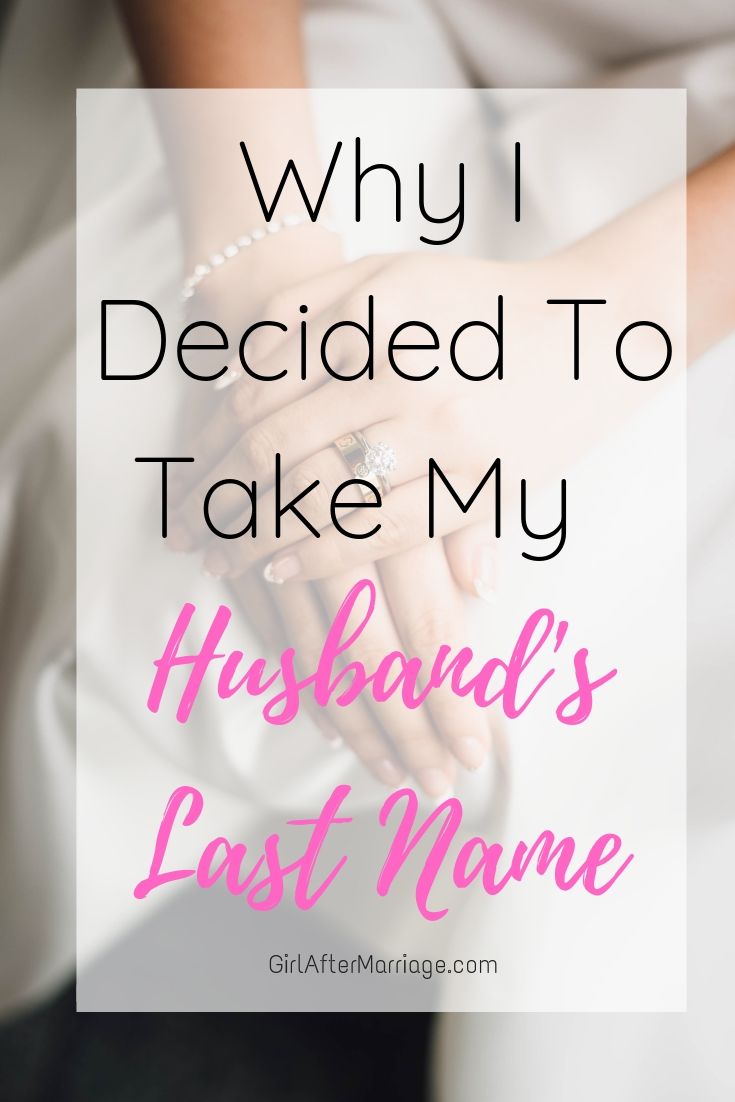 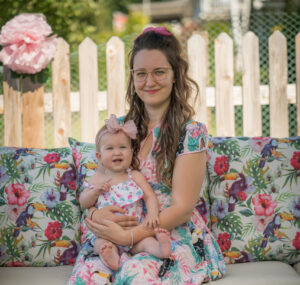 Hello! I’m Nikki, I am a wife, full-time homemaker and stay-at-home mom. I write about marriage, motherhood, homemaking, slow and simple living. So sit back, relax, and enjoy the ramblings of a traditional girl living in a modern world.